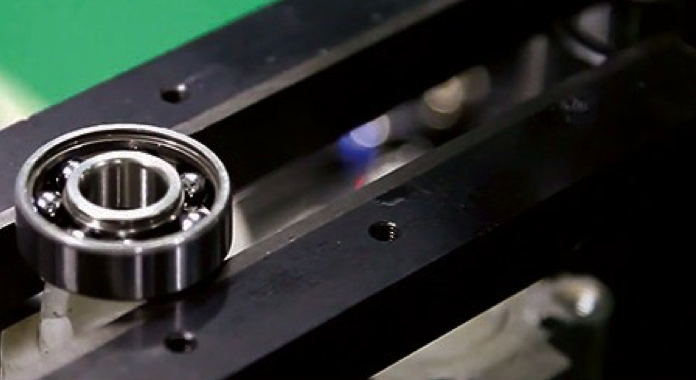 2019 was an unusual time for the Chinese bearing industry. As the trade war between China and the US became more hostile, the industrial economy grew increasingly complex and volatile — with the bearings manufacturing business becoming deeply unpredictable as a result. In addition, the pandemic has continued to affect the economic activity of bearing companies since the initial outbreak in January 2020.

The growth rates of major drivers of China’s industry, such as automobiles and machine tools, slowed down during the 12-month period of 2019 as demand decreased globally. This significantly affected the bearing industry and has continued to have an effect in 2020.

According to statistics presented by Chinese sources, the total operating revenue of enterprises in 2019 reached 177bn ¥ ($25bn), a decrease of -4.22% year-on-year. Other figures include:

To identify the various changes and trends within the bearing industry in 2019, 127 of the largest enterprises were analysed. For the period from January to December 2019, the income of these enterprises amounted to 83.9 billion ¥ (nearly $12 bn), or -2.8% YoY. The 50 largest industry companies accounted for 50.67 billion ¥ ($7.22bn), but with a decline in revenue of -1.5% compared to last year.

The total industrial production (at current prices) of the 127 companies amounted to 69.2 billion ¥ with an annual change of -2.16%, while the production of bearings reached 5.32 billion sets, or -2.47% per year.

These insights show that despite there being no surge in revenue in recent years, there have been minor decreases and changes in the market since 2018. With the ongoing global uncertainties and decreases expected to hit in later 2020, however, the revival of the industry is bound to be a slow one.

Only 50 companies saw their total profit increase during first half of 2020, while 72 companies, on the contrary, decreased their profits. The number of unprofitable enterprises is recorded as 27, which is +42.11% more than in the same period last year.

From the end of January to June, export sales of bearings from large enterprises decreased with -13.97% from the same period last year. In physical terms, exports amounted at 1.01 billion units of products, an increase of +4.85% compared to the same period in 2019.

The road towards post-pandemic recovery

After the unprecedented decline in the China bearing production during the first-half of 2020 due to the pandemic, the question is now when the Chinese expect to rebound the production?

The best-case scenario: Most of the bearing enterprises expect to fully restore production and operation in the fourth quarter of 2020, if, of course, the pandemic can be controlled and stopped in China and in the main industrialized countries.

It is predicted that in the second half of 2020, there will be a significant recovery of production within most of the industries in China, which will lead to an increase in demand for bearings and provide opportunities for structural adjustment and long-term transformation of the bearing industry. Thus, the further development and recovery of the bearing industry can be more visible in 2021. The Chinese professionals expect that 2021 will demonstrate a more obvious growth trend and gradual recovery in case the expected best-case scenario comes out.

But at the same time, it is noted that the current pandemic can cause several other recovery scenario’s where the global markets can be imposed for a second or third wave of infections or the scenario where an efficient vaccine will not be available by 2021. In such scenario’s the recovery seems to be postponed till 2022 or 2023 (see article “The Bearing World’s Road to Recovery” on page 44).

However, there are already some positive factors to consider for the best-case scenario and important indicators that can help the bearing production to recover and maintain an economic performance at the same level achieved in 2019. Overall China is expected to remain the global bearing production hub in the near future. At least till the world returns to the “new normal”.