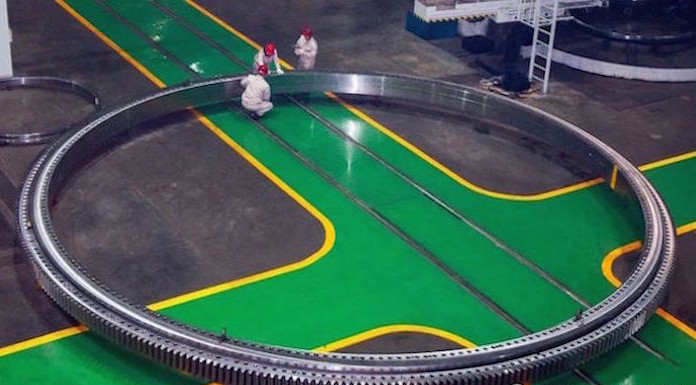 At the end of October 2021, the Chinese bearing manufacturer Luoyang LYC Bearing Co., Ltd. presented its new extra-large bearing, which was developed and manufactured at their own facilities.

The slewing bearing with an outer diameter of 11.47 meters has become the largest bearing ever produced by the company and any other Chinese bearing manufacturers, setting a new record holder in China. The bearing is intended for a shipbuilding engineering company and will be used in a 1000 ton heavy offshore crane serving offshore wind turbines. A distinctive feature of the manufactured bearing is the end runout. Despite the large diameter and weight of several tens of tons, the end runout is only 0.14 mm.

Luoyang LYC Bearing Co. is one of the largest bearing manufacturers in China. For many years it has been producing large slewing bearings. The company produced in 2017, a bearing with an outer dimension of 9.785 m with a weight of 76 tons.